Early advice made all the difference

Margaret was 21 when she married Graham. She was working as a sales assistant in a large department store when they decided to start a family.

As her pregnancy advanced Margaret gave up work and Graham, a warehouse fork-lift driver, took a second job to make up the shortfall in their income. He was a hard worker and fast learner which prompted his boss to promote Graham to Warehouse Manager a few months later.

In the years after their first son was born, two more babies arrived – another boy and a girl. Once the children were settled at school, Margaret returned to part-time work.

Soon after they’d married, Graham engaged David a financial planner to structure an insurance and savings strategy. With David’s ongoing guidance, the young couple was able to afford annual holidays, private school fees and put aside cash for unexpected events.

Years passed and the children grew up and left home. Graham was now a partner in the warehousing business and earning a good income. So when Margaret turned 50, she decided to take early retirement.

They were living comfortably on Graham’s salary when he suffered a heart-attack. He was rushed to hospital but died shortly after.

Margaret knew that Graham had insurance policies and that there were investments and superannuation, but other than relying on their bank account balance to pay household bills, she’d had little other involvement; happily leaving that to Graham and David.

Over the years, their financial planner had become a family friend, and it was to David that Margaret now turned.

David took care of the insurance claims and organised for Graham’s superannuation to be paid out. He recommended Margaret pay off the remainder of the mortgage.

After considering insurances, superannuation and the investment portfolio, Margaret discovered that she’d been well provided for but she had no idea what to do with her money. She didn’t know what the tax implications would be and was worried about having a regular income.

David’s next task was to define Margaret’s needs and level of risk tolerance. He addressed Margaret’s tax situation and structured a portfolio to provide an income stream for her to live off.

When Margaret turned 55, David advised that her own superannuation was accessible. He reviewed her investments to maximise Margaret’s income potential and minimise her tax liability.

Margaret and Graham had dreamed of retiring at the beach so she sold the family home and bought a comfortable beachside apartment. Downsizing freed additional cash so Margaret, now 65 and financially secure, asked David to open investment accounts for each of her four grandchildren.

To celebrate Margaret’s 70th birthday, she decided to take a cruise with a dear friend. David arranged a partial redemption from the most appropriate of her investments so she was able to holiday in style.

Although Margaret had been widowed unexpectedly, early planning and good advice enabled her to maintain an enjoyable lifestyle in retirement. Graham would definitely be resting in peace.

For a full financial plan feel free to call our team to discuss your needs and the steps we take to help achieve the right plan for you.   Contact Leenane Templeton today. 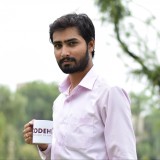